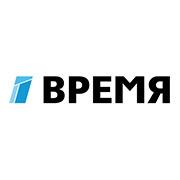 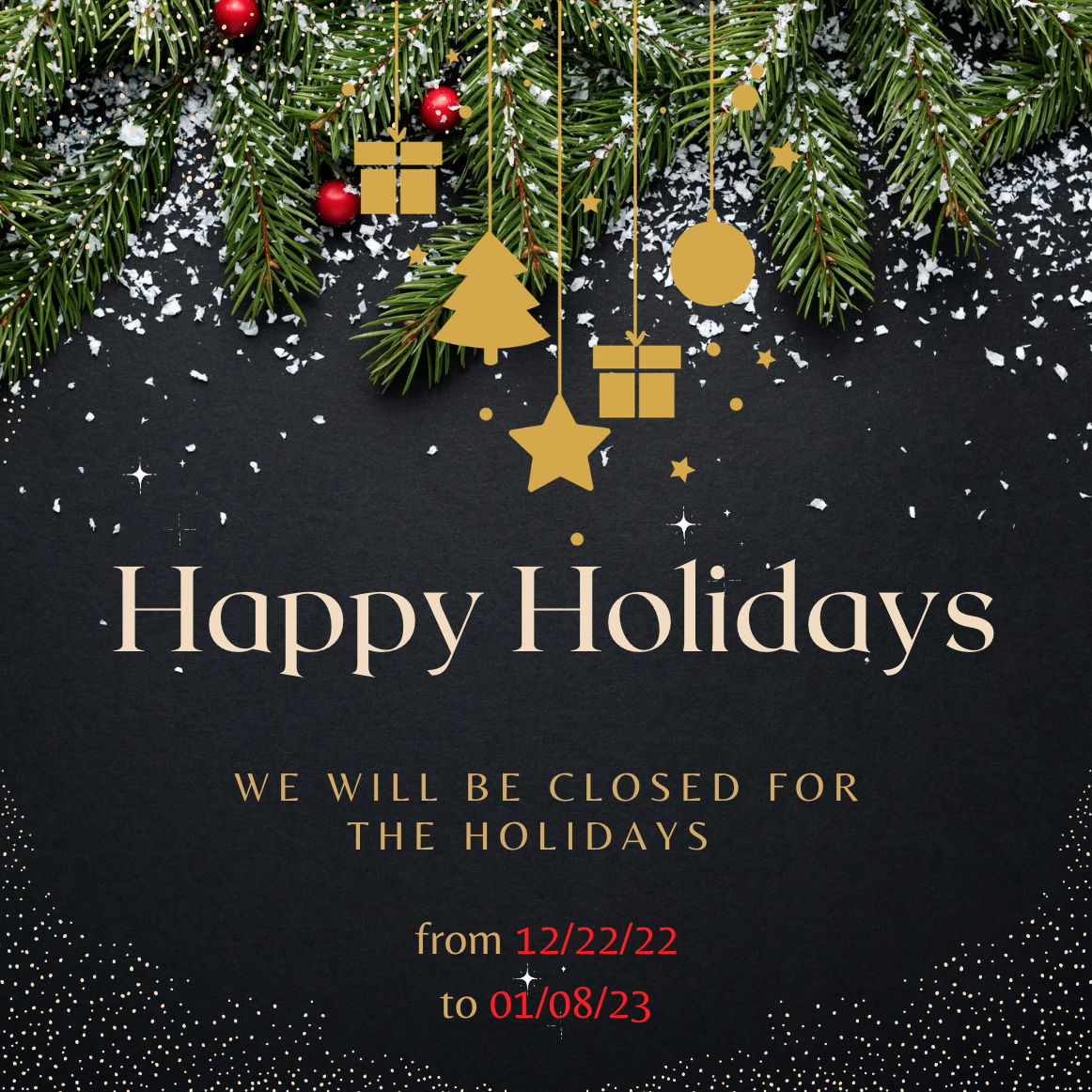 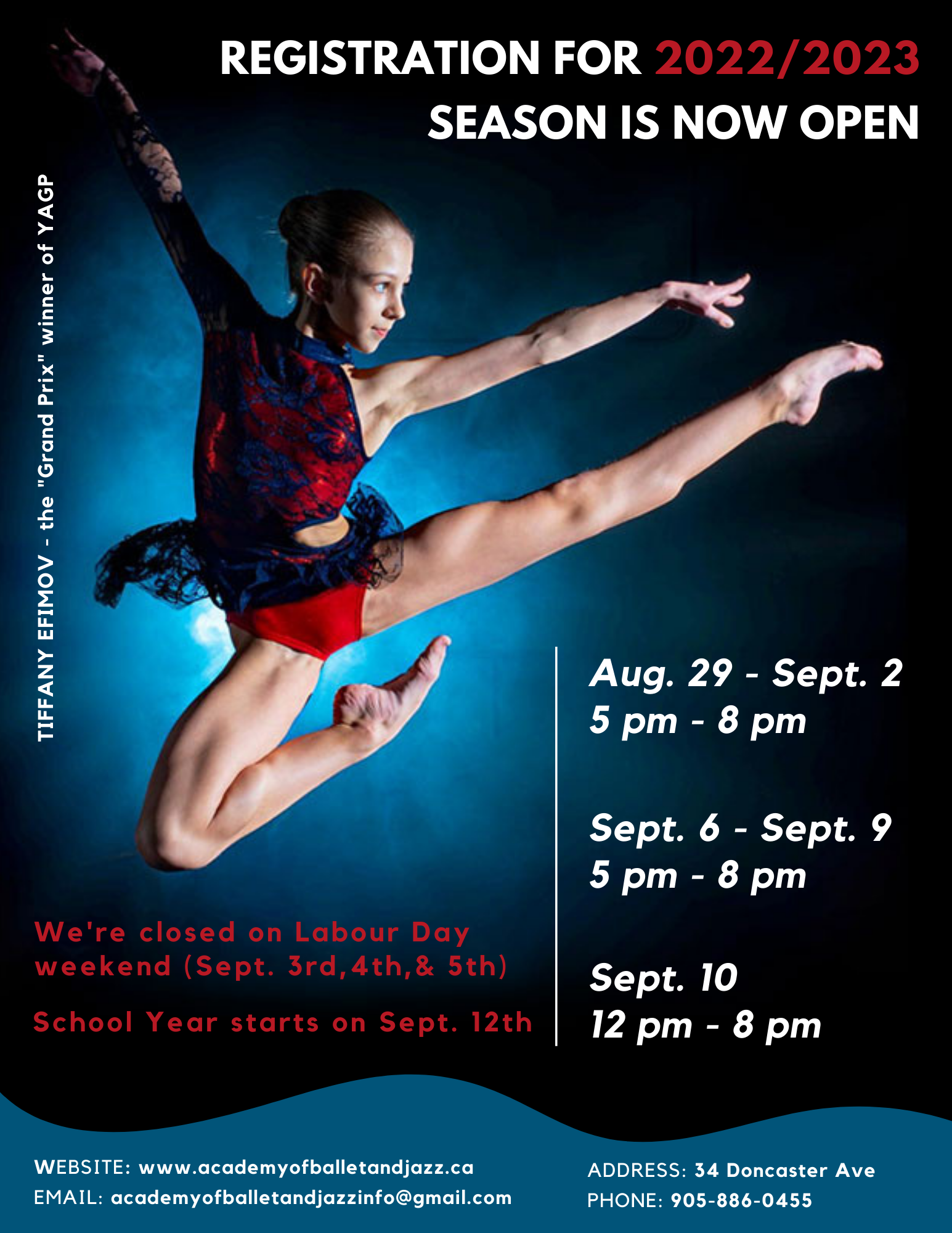 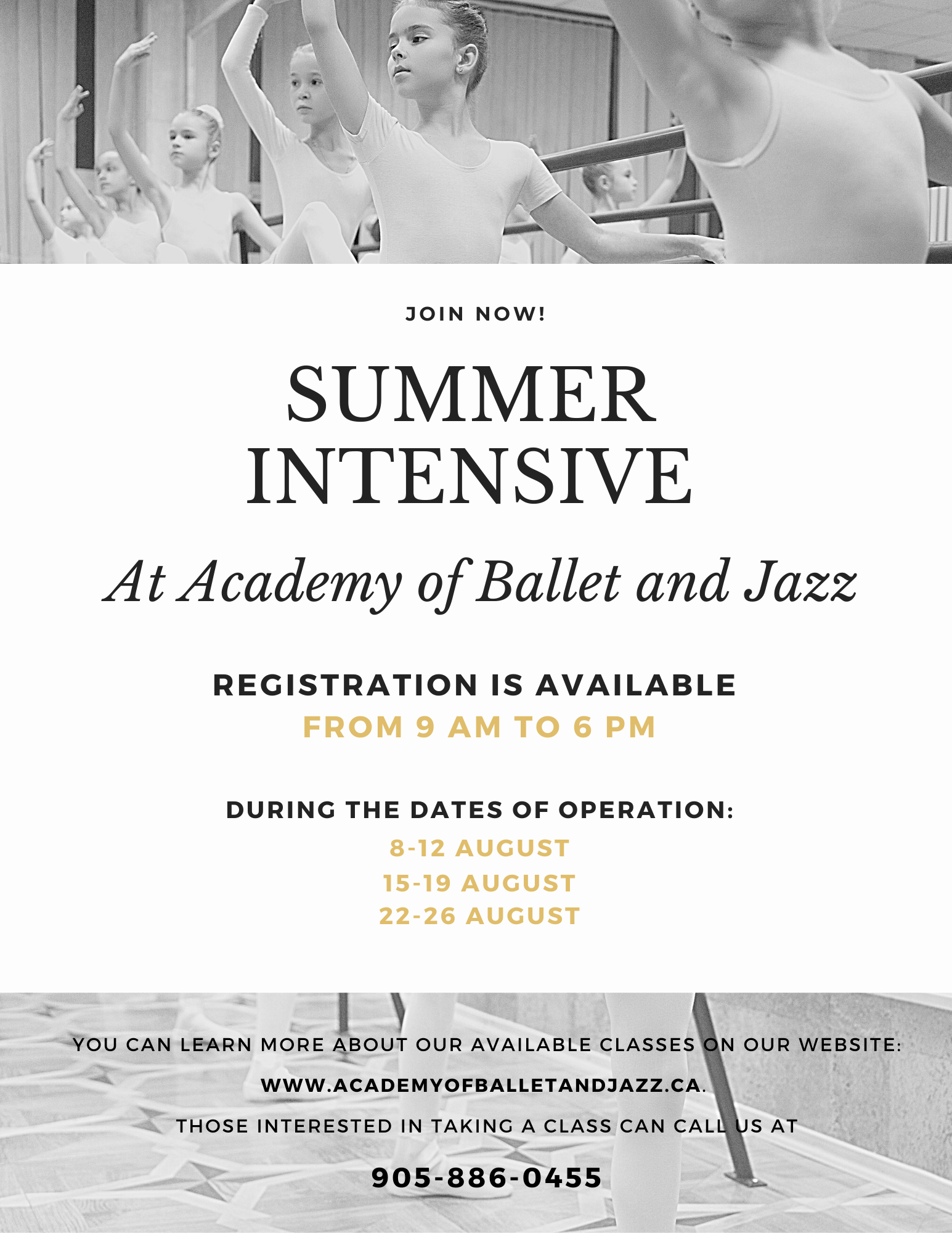 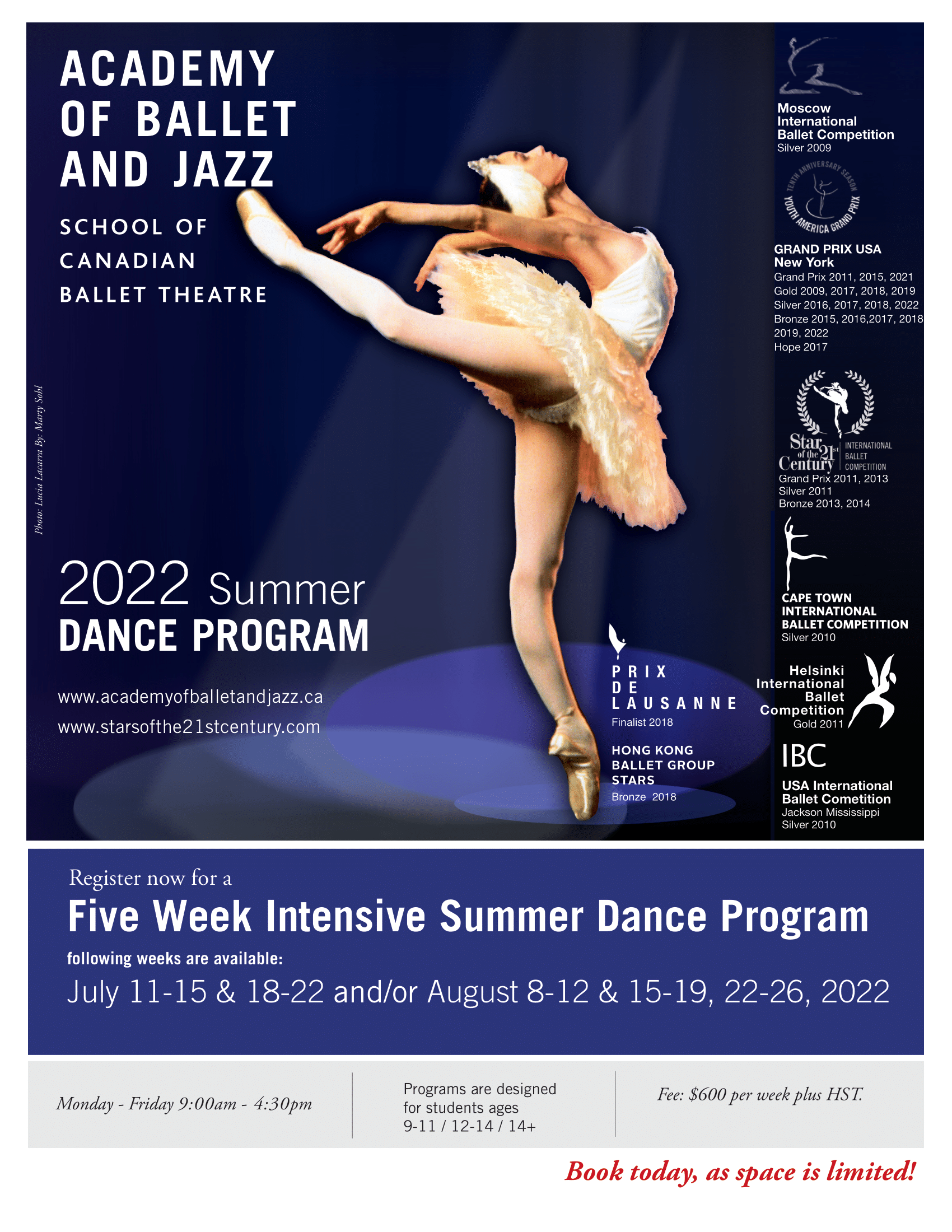 Academy of Ballet and Jazz – School of Canadian Ballet Theatre

Established in 1987, the Academy of Ballet and Jazz, School of Canadian Ballet Theatre, is an internationally renowned ballet and dance school in Toronto, led by artistic director, Nadia Veselova Tencer.

Leading the premier Toronto ballet school, Veselova Tencer’s wide range of professional experience and international presence provides her students with a view of ballet that encompasses the world, and supplies them with opportunities that raise their own standards of excellence.

With access to more than the typical Toronto ballet school can offer during training, pre-professional students of the Academy of Ballet and Jazz compete in the most prestigious international ballet competitions. Many have gone on to work with the world’s top ballet companies, and all from this starting point with Veselova Tencer at what is surely the best ballet school in Toronto. 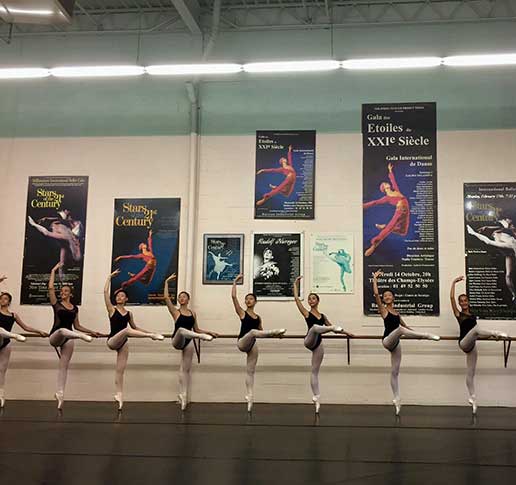 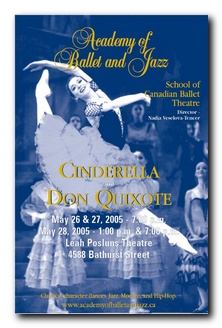 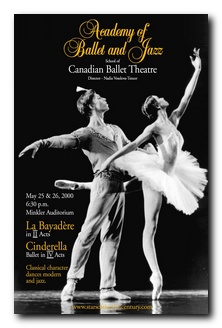 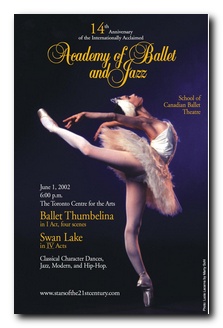 Our school offers the best level of dance training in the world. Many of our students have the opportunity to compete and win top awards at the most prestigious international competitions. Many have gone on to find work with the world’s best ballet companies and dance in renowned onstage productions.

Judge and Choreographer at the Youth Grand Prix, USA 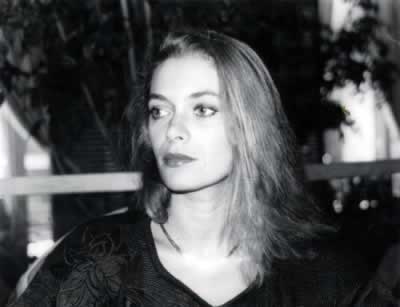 Stars of the 21st Century 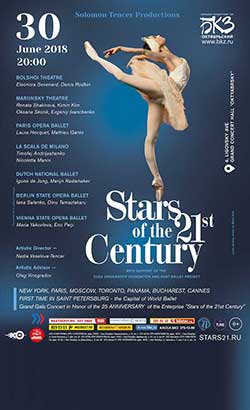 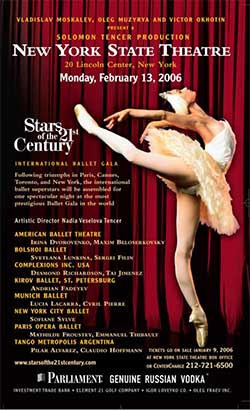 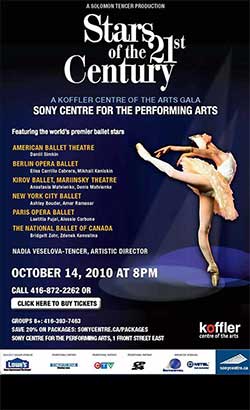 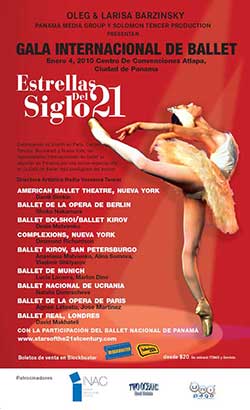 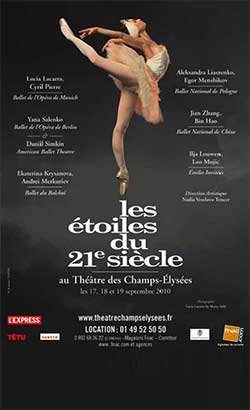 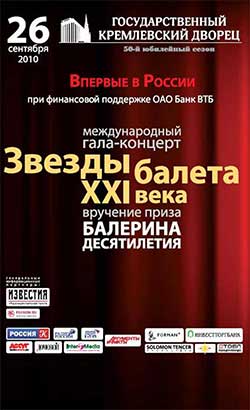 Summer is officially here! We are excited to be back in the studio for our intensive summer dance program, which starts next week!     There are limited spots available for the upcoming weeks in July: 11th - 15th & July 18th - 22nd. During this time we...

END_OF_DOCUMENT_TOKEN_TO_BE_REPLACED 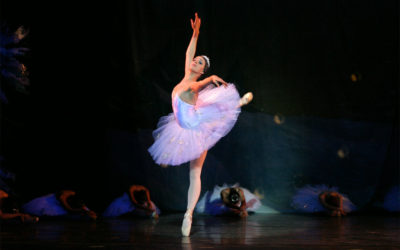 END_OF_DOCUMENT_TOKEN_TO_BE_REPLACED

Now at the Academy 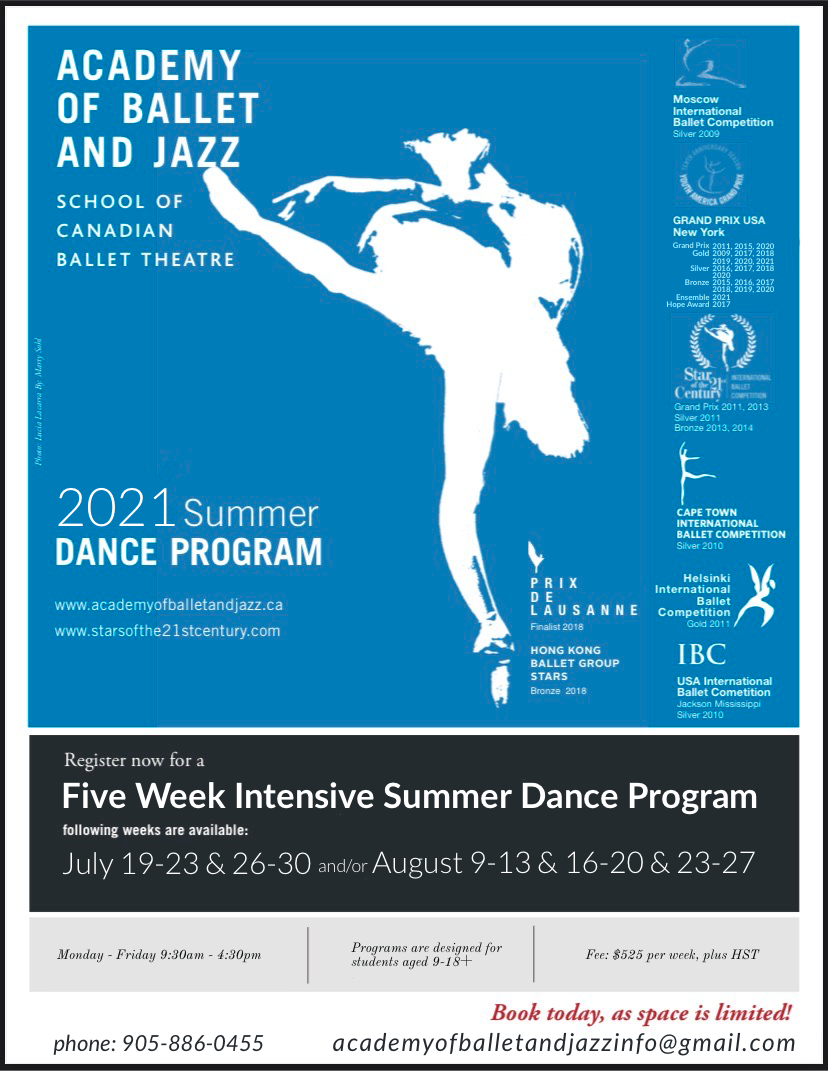 Many of our students have the opportunity to compete and win top awards at the most prestigious international competitions.

Our Graduates perform with major ballet companies around the world: 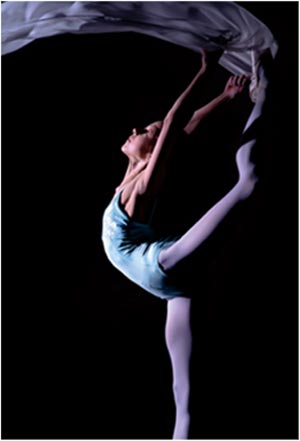 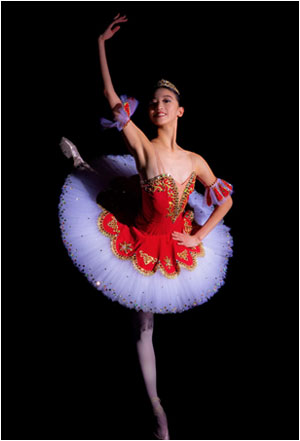 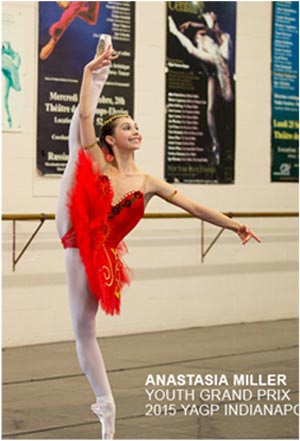 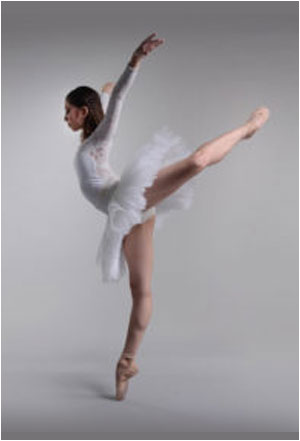 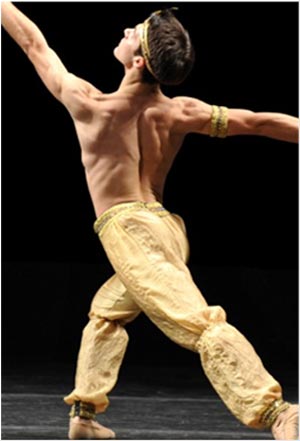 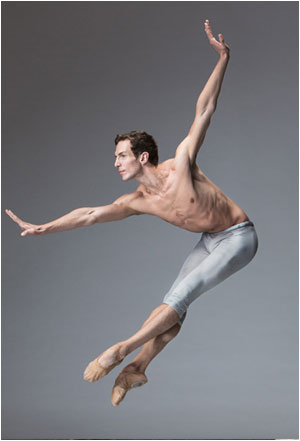 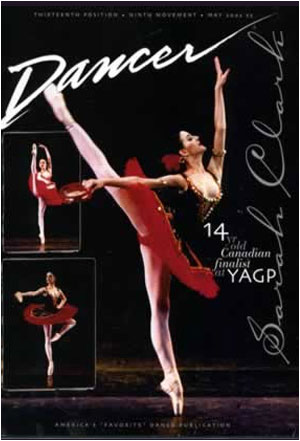 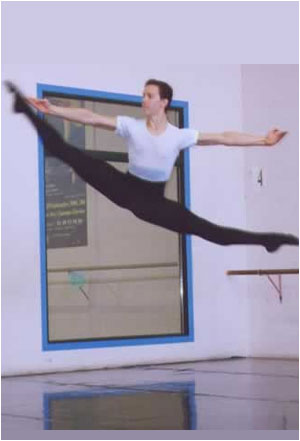 What People are Saying

“They taught me how to be a professional dancer”

“Being a professional dancer would have never been possible without the strong foundation that I have received from the Academy of Ballet and Jazz. This is a school which has not only taught me the classical syllabus, but has taught me how to be a professional dancer and artist within a classical ballet company. I will always be thankful for the opportunity that I have received to learn from Nadia Veselova-Tencer, as she is not only a teacher of international level with incredible knowledge, but a mentor who was always able to find ways for me excel even when I did not think could. Every single time I step on stage anywhere in the world I am truly thankful that I had the opportunity to attend this school, and was able to learn from the incredible teachers there.

“True believers in your potential”

Nadia and Solomon Tencer are true believers in your potential. Nadia taught me to have the courage and persistence to keep reaching for my dreams. I would not have reached my goals as a dancer and as a person without the benefit of Nadia’s knowledge, dedication and love. I was a professional ballerina for over 27 years and I owe all my gratitude to Nadia and Solomon! .

“Forever Grateful to Nadia and Solomon”

“I came to the Academy of Ballet and Jazz as an inflexible, long limbed 9 year old who wanted to dance classical ballet and travel the World to perform on international stages. Nadia and Solomon saw an ability in me of which I was unaware. They gave me the confidence and training to pursue my dreams. I spent most of my evenings with my Academy family and under Nadia’s watchful eyes. At the age of 14 and after much hard work I won a silver medal at the Moscow International Ballet Competition. A couple years later I won the Grand Prix at the Star of the 21st Century competition. Thanks to Nadia and Solomon I had the wonderful and unique privilege of dancing in the Stars of the 21st Century galas in Panama City, Panama and Paris, France. I am forever grateful to them and to the Academy for their time, effort and constant belief in me. Their training has allowed me to develop my stage confidence, perform on international stages and travel the world. I wish you many more equally successful years! I wish I could have been home for the wonderful celebration. Merde for the show, and see you all in August. Hugs xoxo ”

“She inspired great love and respect for the art form”

“As a former student of Academy of Ballet and Jazz, my years under Nadia’s tutelage have provided me with an exceptionally refined understanding of the art of ballet. Now as a teacher at the academy, I am continued to be inspired by her generosity and unsparing love for her students. Speaking on behalf of all her pupils, I can say she has inspired in us, a great respect and love for the art form. My time at the academy as both a teacher and choreographer have been filled with countless unforgettable experiences. In 2014, I was invited to showcase my work at the world renowned, Stars of the 21st Century ballet gala in Paris, France. I could never have dreamed of such an invitation and I am forever grateful to Nadia and Solomon for the extraordinary opportunity. I have also worked with the students of the academy in preparation for the Youth American Grand Prix ballet competition. I can proudly say that we have been met with great success, having placements in both 1st and 2nd place in the contemporary category. None of this would have been possible had it not been for Nadia’s encouragement and guidance. She inspires me every day to love what I do and I hope I am able to share this love with my own students.“